Posted on 01/12/2017 by MHS 1958 Alumni Association
From Bob Roule
Photos of the offloading of our “new” diesels.”  The locomotives were purchased as surplus items and were at the Sunny Point Military Ocean Terminal located near Southport, N.C.
Sometime this year, I’m going to learn how to operate them. Toot! Toot! 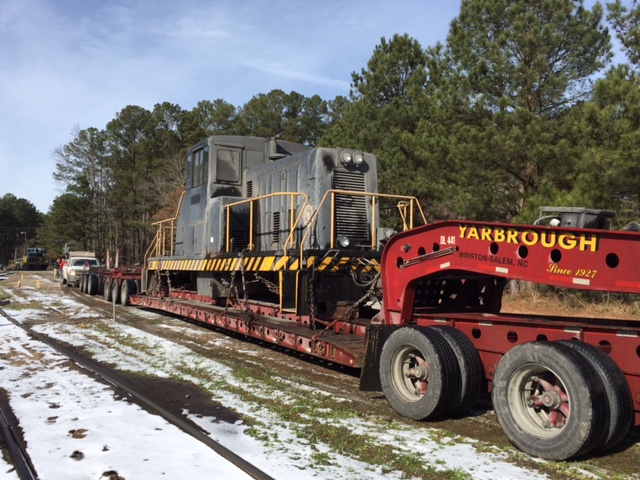 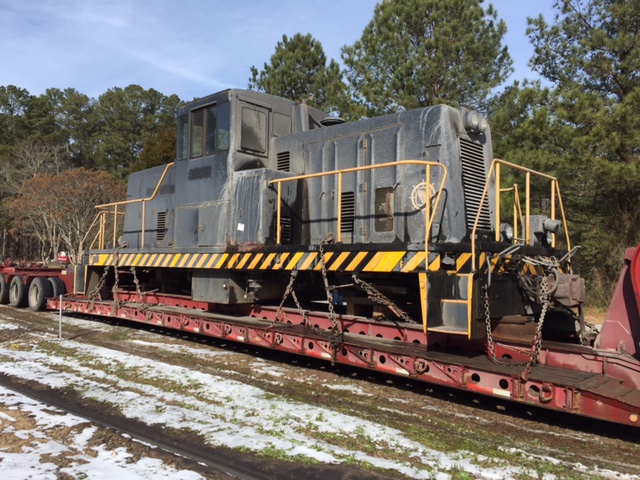 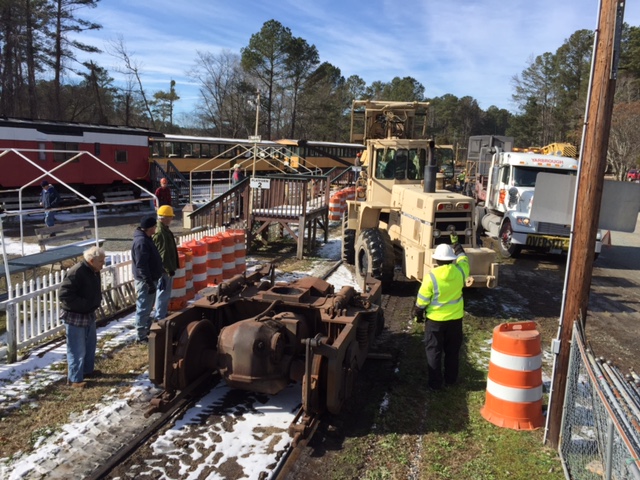 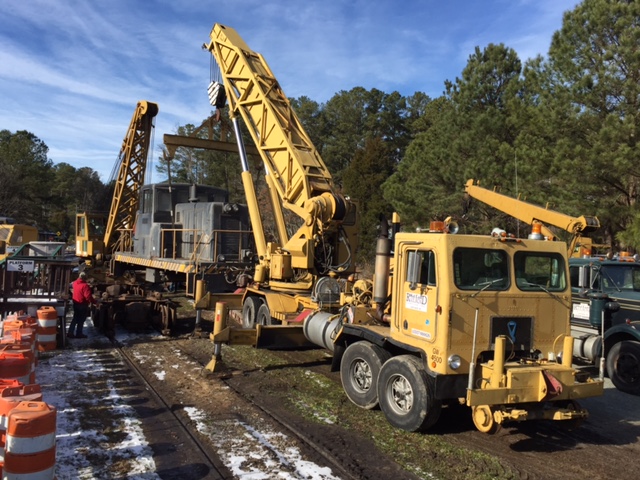 I had thought about volunteering at the New Hope Valley Railway for many years and about three years ago I took the plunge. My main job at the excursion railway is a car host. A car host applies or releases the brake on the car on orders of the conductor or from whistle commands from the locomotive, takes tickets, answers questions from passengers and tries to keep children from leaning too far out of the open windows.

The New Hope Valley Railway operates on tracks formally owned by the Norfolk and Southern Railroad. It has a four mile run from its yard at Bonsal (If passing by Bonsal, don’t blink or you’ll miss it.) to a point about a mile north of New Hill. (Again, don’t blink if passing through New Hill.) The railway operates a ride day for the public each month as well as two excursion runs from groups. On one such trip we hauled an alumni group of Rutgers University. The railway’s schedule is a busy one and it keeps a retiree from getting bored.

Everyone can join me in singing a good old railroad song:

Good morning America! How are ya?
Don’t you know your native son?
I’m the train they call the City of New Orleans
And I’ll go 500 miles before the day is done.

I’m the train they call the City of New Orleans
And I’ll go 500 miles before the day is done. 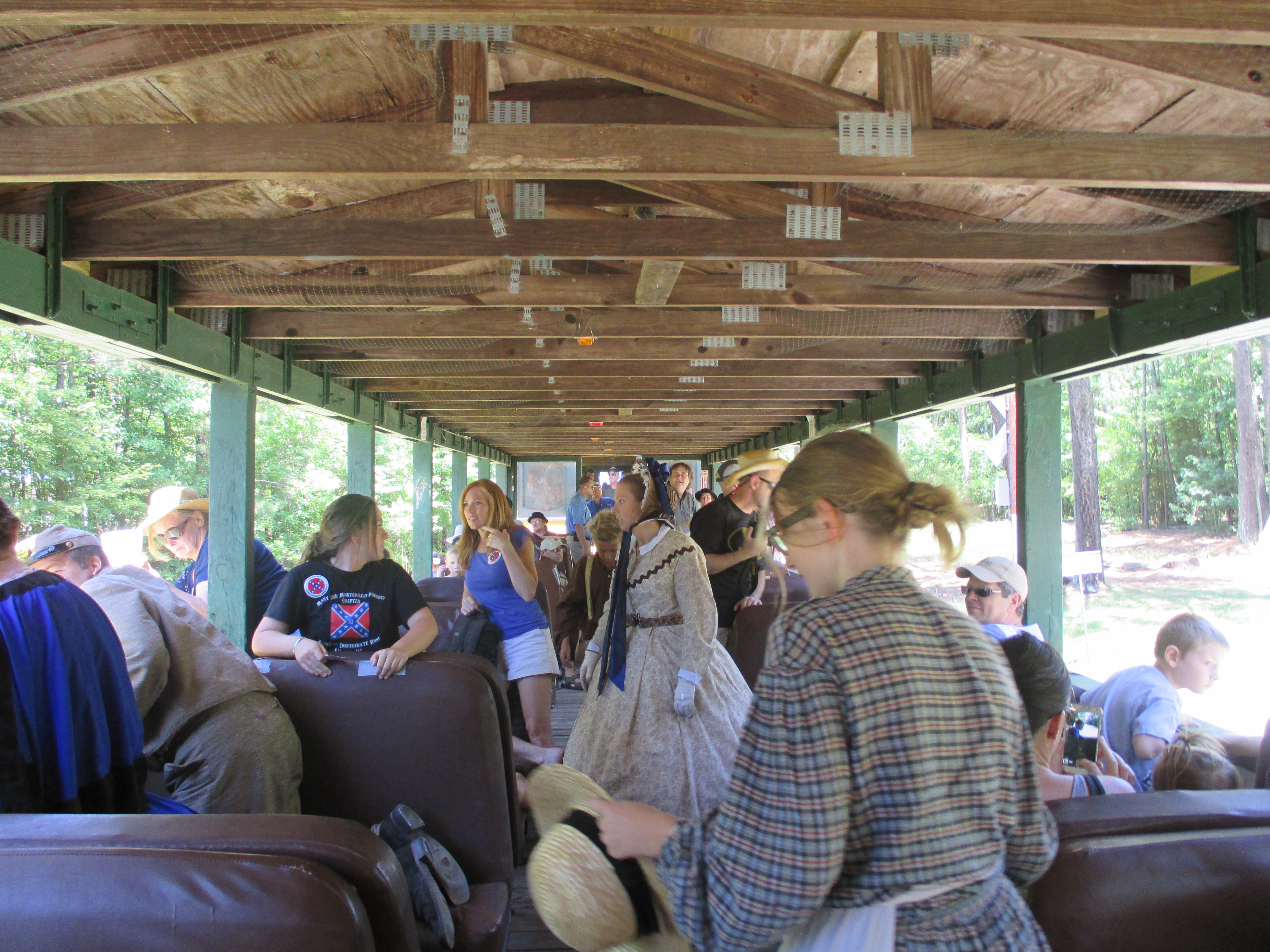 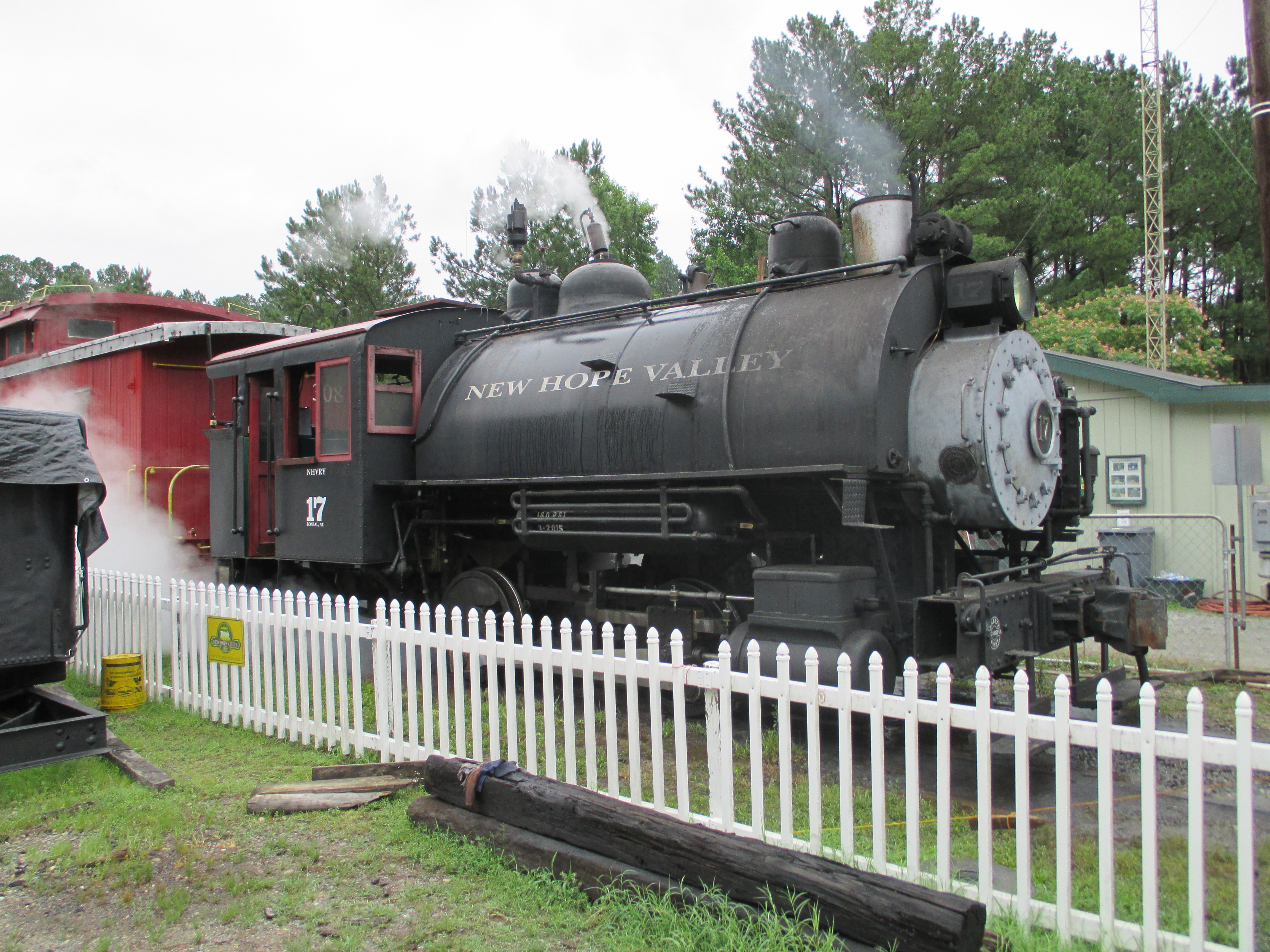